How to do a budget safari in Chobe National Park [Guide] 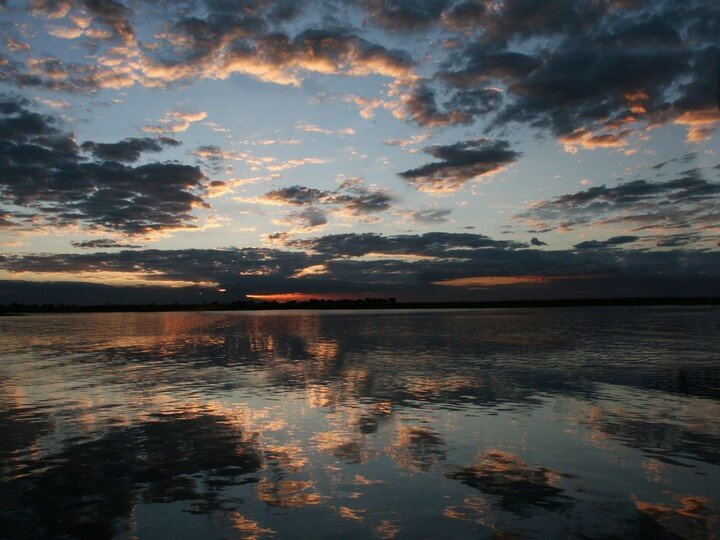 In northern Botswana, Chobe National Park has one of the largest concentrations of wildlife of the entire African continent. Famous for its elephants – there are an estimated 50 000 of them in the park, the biggest concentration in the world. Chobe is a fantastic destination and holds exciting experiences even for the seasoned safari goer.

The Chobe National Park is Botswana’s first national park and also its most biologically diverse. Boasting wildlife such as lions, leopards, wild dogs, Roan and Sable antelopes, zebras, hyenas red lechwe, cheetahs and 450 species of birds spread across four different areas. The landscape is a myriad of grass woodland, two marsh areas and the Chobe Riverfront, which has the most game. It’s a great idea to combine a trip to Chobe National Park with a visit to Victoria Falls, which is only an hour’s drive away from Kasane, which is the closest town to Chobe.

Here’s our guide for a budget safari in Chobe National Park:

How to travel to Chobe National Park on a budget

As with most African safari travel, if you go for the all-inclusive safari lodges which offer guided game drives, you’ll end up spending thousands of dollars. One alternative is to rent your own car in nearby Kasane and drive yourself around Chobe National Park. However it is advisable to rent a 4×4 (which is much more expensive than a sedan) and you will need some 4×4 driving experience to tackle the sandy roads in the park.

In terms of accommodation, Botswana is known for its pricey luxury lodges! Botswana is one of the most expensive safari destinations in Africa with few budget options unlike other parks such as Kruger National Park in South Africa. The best budget choice for Chobe is the Ihaha Campsite, which is within the park and offers a great location along with a lovely river view. Yet be prepared for animals entering the campsite, as it is unfenced. You will also need to have a 4×4 to reach Ihaha. Another lodge just outside of the park borders is Chobe Safari Lodge, which has a campsite with a view of the Chobe River. Further towards Kasane there are a few other budget accommodation options.

Instead the ideal budget solution for ease of travel and affordability is to go on a budget safari to Chobe National Park on an overland truck. A overland tour includes most meals, accommodation and park entrance fees. This way you won’t have to worry about driving on dirt roads or finding accommodation – it’s the totally fuss free option!

Here are some of our popular Chobe Tours :

We have the best options for budget Chobe National Park safaris (most of which combine travel to Okavango Delta and other nearby destinations such as Moremi and Victoria Falls). Look forward to camping inside the park and spending your days doing game drives or river cruises on the Chobe River.

What to do on a Chobe National Park safari

In addition to land-based game drives, you shouldn’t miss the chance to see wildlife from the water in Chobe National Park. Go in the late afternoon for the best light and to see elephants bathing in the river. You can often get closer to wildlife when you’re in a boat as opposed to being in a car, so you’re likely to have some fantastic sightings!

Read our 5 reasons to go on a safari in Botswana if you need anymore motivation!

The best time go to the Chobe National Park on safari

The rainy season, which runs from November to March, is a good time to visit the park if you want to spot birds and see baby animals. Please keep in mind though that weather patterns in Africa are becoming unpredictable, especially due to the global warming that is causing major climate changes. Finding the best time of year to go very much depends on what you would like to see.

Chat to one of our experienced trip advisors to find the best trip to suit your needs.