In: Blog / Only in Africa 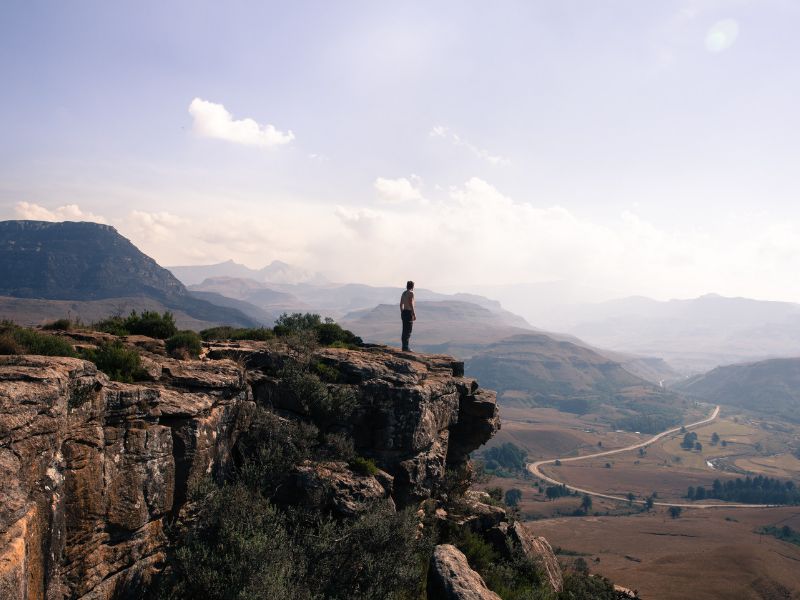 “Reading is like travel, allowing you to exit your own life for a bit, and to come back with a renewed, even inspired, perspective.” ― Laurie Helgoe

Africa is full of inspiration for writers – from its often violent history to its heroic transformations, and beautiful scenery. The continent provides a perfect backdrop to tales of struggle, triumph, and hope.

Unsurprisingly, there are countless African books to read before traveling through the continent – all featuring irresistible settings and protagonists (real and fictionalised). Be it a heart wrenching biography, immersive non-fiction or an eye-opening historical, there are plenty of literary page turners that will add a fresh perspective to your travels.

If you’re planning an African overland tour then getting to know the continent through the eyes of its storytellers will make your adventure more rewarding. A visit to Robben Island will be a much richer if you’ve read Nelson Mandela’s A Long Walk to Freedom. As would a Botswana Safari after reading Whatever You Do, Don’t Run by Peter Allison.

Africa has no shortage of inspiring books. But, here are our favorite books about Africa that you need to read before you travel:

8. The Elephant Whisperer: My Life with the Herd in the African Wild, by Lawrence Anthony

The Elephant Whisperer by Lawrence Anthony is a must read for conservation travelers. Published in 2009, this heart-warming bestseller tells the story of a herd of rogue’ elephants in South Africa who were destined to be culled.

Set against the background of life on the Thula Thula game reserve, the Elephant Whisperer is an extraordinary book about a man’s battle to save the herd from execution. In the years that followed, Lawrence Anthony became a part of the herd and came to realise that the elephants had a lot to teach him about loyalty.

When he passed away in 2012 the elephants – two herds of them – came to mourn him. Walking for 12 hours through the bush to his house and standing vigil there for two days.

“But perhaps the most important lesson I learned is that there are no walls between humans and the elephants except those that we put up ourselves, and that until we allow not only elephants, but all living creatures their place in the sun, we can never be whole ourselves.”  ― Lawrence Anthony, The Elephant Whisperer A list about inspiring African books would be incomplete without mentioning Nelson Mandela’s Long Walk to Freedom – no matter how well known it is.

The story of Nelson Mandela’s life is a must-read before visiting South Africa. First published in 1994, the autobiography profiles his early life, coming of age, education, and the 27 years spent in prison. Since his release in 1990, Mandela had been at the center of the most compelling political drama in the world.

The world is no stranger to South Africa’s turbulent history. But, A Long Walk to Freedom gives travelers an intimate, first-hand account of the political atrocities and triumphs that took place in one of the darkest periods of African history.

“As I finally walked through those gates to enter a car on the other side, I felt — even at the age of seventy-one — that my life was beginning anew. My ten thousand days of imprisonment were over.” – Nelson Mandela 6. The River Between, by Ngũgĩ wa Thiong’o

As tension and struggle for power begins to arise, Waiyaki tries to unite the two villages. The River Between depicts Kenya in the eyes of a native, giving readers an intimate look into the cultural conflicts and confusion that rose as a result of colonisation.

“She had learnt the value of Christian submission, and she thought every other believer had the same attitude to life. Not that she questioned life. It had given her a man and in her own way she loved and cared for him. Her faith and belief in God were coupled with her fear for Joshua. But that was religion and it was the way things were ordered. However, one could still tell by her eyes that this was a religion learnt and accepted; inside the true Gikuyu woman was sleeping.” – Ngũgĩ wa Thiong’o, The River Between 5. Beasts of No Nation, by Uzodinma Iweala

Beasts of No Nation is the debut book by Nigerian-American writer and physician, Uzodinma Iweala. The critically acclaimed novel is a formation of his thesis work at Harvard, depicting the life of a child soldier in a war-torn African country.

The novel was adapted to film in 2015 and went on to winning 32 awards. The film was shot in the jungles of Ghana during monsoon season and, although the book makes no reference to a specific country, sheds light on the struggles of child soldiers in West Africa.

“I’m walking walking walking to where the sun is setting. I’m looking at it and wanting to catch it in my hand and to be squeezing until color are dripping out from it forever. That way everywhere it is always dark and nobody is ever having to see any of the terrible thing that is happening in this world.”  ― uzodinma iweala, Beasts of No Nation

This is probably my favorite book on this list and there are three reasons why. One, it was the first book published by a black woman from Zimbabwe in English. Two, It was one of the BBC’s top 100 books that changed the world in 2018. And, three, I just could not put it down.

Tsitsi Dangarembga’s debut novel is a semi-autobiographical coming of age story about a Shona woman growing up in colonial Rhodesia. The young protagonist, Tambu, struggles against the pervasiveness of gender inequality, colonialism, and the lack of opportunity that mark her world at the homestead.

“It’s bad enough . . . when a country gets colonized, but when the people do as well! That’s the end, really, that’s the end.” – Tsitsi Dangarembga, Nervous Conditions

3. The Book of Memory by Petina Gappah

Lawyer and author, Petina Gappah tells a gripping tale of a young woman convicted of murdering her adopted father, Lloyd Hendricks. She is the first woman in more than 20 years to be sentenced to death. As part of her appeal, her lawyer insists that she write down what happened as she remembers it – her notes form the novel.

A tale about family, passion, learning, love and the unreliability of memory. The Book of Memory moves between the townships of the poor and the well-heeled suburbs of the rich, giving readers an intimate glimpse into the hardships of life as an albino woman living in Harare in the 70s.

“When we talk of fate, when we talk of a fatalistic vision of human experience, what we mean is that the most important forces that shape human lives are out of human control.” Petina Gappah, The Book of Memory Understanding the history of South Africa is crucial before traveling. But, perhaps even more so is understanding its present. “Coconut” tells the story of two very different young black girls living in modern-day Johannesburg.

While it may be an easy read, the book exposes racism, lost culture, and colonized consciousness that almost every South African person of color has faced. And if you can’t relate to the incidents in the novel, then it’s a good place to start to understand the truths of so many we share spaces with.

“You are the backstage crew in the drama of their lives. If they need you, they do not know it and do not care. Open your eyes.”  ― Kopano Matlwa, Coconut

1. The Cape Town Book: A Guide to the City’s History, People and Places, by Nechama Brodie

From geology and beaches to forced removals and hip-hop, The Cape Town book is an essential read before visiting the Mother City. Nechama Brodie walks readers through the 100 000-year history of South Africa’s oldest city, far beyond Jan van Riebeeck’s arrival in 1652.

Although it’s a slim read, The Cape Town Book traces the origins and expansion of Cape Town, providing a fresh perspective on marginalised communities.

On the travel front, the book also features advice and information on places to visit beyond Table Mountain. In today’s online world travel guides are compressed into 1000 word long articles. While these snippets of information are definitely helpful when planning your travels, they can feel impersonal and uninspiring.

If you’re the kind of person that loves the smells of ink on paper, here are a few African travel guidebooks will get you pumped for your overland adventure.