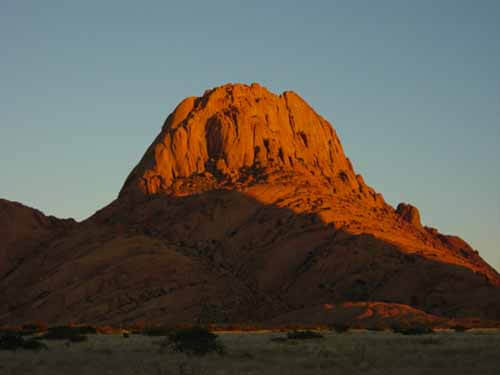 A party of climbers from Cape Town led by S. Le Roux first conquered the peak. The second group first attempted to ascend the southwest ridge, but failed. The group (O’Neil, Shipley and Schaff) then decided to attempt the northern side of the peak, but ran out of time. Four days later they tried again, but eventually gave up. Other climbers carved steps into a sheer band of granite with a hammer and chisel when they could not climb the 3m-high rock face.

For a quarter of a century the summit remained a two- to three-day strenuous climb, all of which have been recorded in old volumes of the Journal of The Mountain Club of South Africa.

However, in 1971 this all came to an end when a group of climbers led by J.W. Marchant from the University of Cape Town Mountain and Ski Club, ascended it in only four hours. They scaled the very steep, vertical lower sections without ropes and did not use the steps that had been carved in by the previous climbers. Their descent took them two hours and when they reached the base, it rained for the first time in over a year!