However, this certainly doesn’t mean you know ‘pretty much all there is to know’ about the spectacle that is Mount Kilimanjaro. So, for your reading pleasure, here are twenty facts about the majestic Mountain that you probably didn’t know.

1. Mount Kilimanjaro is the highest free-standing mountain in the world at a spectacular height of 5,895 metres above sea level. (Mount Everest is just more than 2,950 metres higher!)

2. The last major volcanic eruption from Kibo took place more than 360,000 years ago.

3. The last volcanic activity of Mount Kilimanjaro occurred 200 years back, resulting in the ash pit that climbers today can see from Uhuru Peak.

5. There are seven official routes on Mount Kilimanjaro, six of which are used for ascent (Machame, Umbwe, Marangu, Shira, Lemosho, Rongai), and one of which is used for descent only (Mweka).

6. Approximately 35,000 people attempt climbing Kilimanjaro each year, of which only two thirds are usually successful. This is mostly due to altitude-related problems, forcing some climbers to turn back.

Tour East Africa before of after your trip to Mount Kilimanjaro

7. Hans Meyer (a German geologist), Ludwig Purtscheller, and a local named Lauwo were the first people ever to have reached the summit of Mt Kilimanjaro in October of 1889. (It is possible that the mountain had already been conquered earlier by locals, but was never documented).

8. Spanish mountain runner, Kilian Jornet, made the fastest ascent up the mountain in September 2010, at just 22 years of age. He reached the top of the Mountain in a startling 5 hours, 23 minutes and 50 seconds. 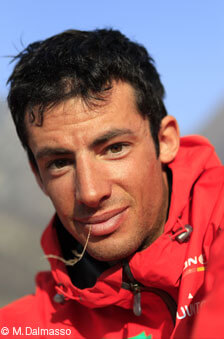 9. The youngest person to have climbed Mt Kilimanjaro is currently Keats Boyd from Los Angeles, who reached the summit in January 2008 at the age of 7. (This is even more impressive due to the fact that Boyd somehow managed to dodge the minimum age rule for young climbers, which is 10 years old). 10. The oldest person to have reached Kilimanjaro’s summit is Martin Kafer at 85, followed by his wife, Esther at 84. The Canadian-Swiss couple reached the Mountain’s summit in October 2012. (There are some who say the oldest person to have summited Mt Kilimanjaro was Frenchman Valtee Daniel, his climb was not independently verified and didn’t have sufficient documentation to be verified – i.e. Logbook notes, photographs, and film). 11. It is estimated that around 3-7 people die trying to climb Mount Kilimanjaro each year. The causes vary from altitude-related sicknesses or AMS (Acute Mountain Sickness), to accidental falls, to hypothermia. Sometimes porters die due to the onset of malaria during the trek. And strangely enough, one climber also died on the Mountain in early 2013 by being struck by lightning.

12. Almost every person to have summited the Mountain has recorded their thoughts about their achievement in a book that is stored in a wooden box at the top of the Mountain.

13. Virtually every type of ecological system can be found on this mountain, including cultivated land, rain forest, heath, moorland, alpine desert, and an arctic summit.

14. In 2008 it was announced by the Tourism minister of Tanzania that 4.8 million indigenous trees will be planted around the base of the Mountain, aiding in preventing soil erosion and the protection of water sources.

15. South African-born inspiration, Bernard Goosen, managed to conquer the Mountain twice in a wheelchair! His first summit took place in 2003 and lasted for nine days. His second occurred four years later, taking him only six days to complete the trek. Goosen was born with cerebral palsy, but determinedly used a modified wheelchair (mostly without assistance) to scale the Mountain.

It’s time for YOU to conquer Kilimanjaro!

16. In January 2010, actors Jessica Biel and Emile Hirsch, along with rapper Lupe Fiasco, joined the Summit on the Summit group’s expedition to the top of Mount Kilimanjaro. The purpose of the voyage was to raise awareness of the lack of clean drinking water for millions around the world.

17. Out of every 1,000 tons of water that trickles down the Mountain, approximately 400 of them come directly from ice caps.

18. The first summit up Mount Kilimanjaro happened in 1889 and took around six weeks in comparison to the five or six days in which the average climber can complete it in today.

19. A porter from the very first successful summit lived to see the 100th celebration of the climb at an incredible 118 years of age!

And our personal favourite:

20. Douglas Adams, the late famous author of the legendary Hitchhiker’s Guide to the Galaxy series, took part in a Mt Kilimanjaro hike dressed in a rhinoceros suit for the British charity organisation, Save the Rhino International. Read our guide on what to pack for your Kilimanjaro adventure

← Close Encounters with Animals in Africa