After doing safaris all over southern and east Africa, Etosha National Park in Namibia remains one of my favourite National Parks.

From the moment that I drove through the Von Lindequist Gate, at the park’s eastern entrance, and spotted a giraffe within seconds, I knew I was going to love Etosha. I’m partial to harsh, desert landscapes, and Etosha was dry as a bone in the winter month of August when I travelled, and the park’s bleached yellow grass, white gravel road and light blue cloudless sky formed a beautiful desert palette.

I’d fallen for Etosha National Park’s stark desert beauty before I’d arrived at the Etosha Pan, which lies at the heart of the park. This huge white shimmering salt pan is 130 kilometres long and 50 kilometres wide in some parts, and it gives the park a very distinctive feel.

There’s very little vegetation that grows inside the pan, and in the dry winter months, the pan cracks into geometric puzzle pieces, which makes it look like a piece of another planet. On one early morning drive, I startled a group of giraffe and they ran across the road and onto the pan. I parked the car and watched them walk off into the distance (as if they were walking off to the edge of the world), the only vertical lines for miles. Keep in in mind Etosha National Park’s massive size – 22 000 kilometres (bigger even than Kruger National Park) – I knew that it was best to take things at a laid back pace, rather than rush through the park.

I spent the first few nights at Namutoni, the easternmost camp, and then slowly made my way west to Halali, stopping off at Chudob, Kalkheuwel, Ngobib, Goas and Naumses waterholes along the way. After a stay in Halali’s campsite I drove to the last camp, Okaukeujo, via the waterholes of Homob, Aus, Olifantsbad and Gemsbokvlakte. Wildlife spotting in Etosha National Park in Winter is ridiculously easy. In the dry months, water sources have dried up, leaving animals no choice but to drink at waterholes. My game viewing strategy was to get up and drive out of camp as the gates opened, and then get to a waterhole and park off with a thermos of tea and my camera ready to fire.

I’d either arrive at a waterhole where there was already some kind of action going on, or something would happen within minutes of arriving – a lioness lazily padding between cars to get her morning drink, some zebras play fighting, a small herd of elephants and their babies drinking together, or a stand off between two groups of gemsbok and wildebeest over who got access to the waterhole first.

Every waterhole was an event – but even the drives in between waterholes had some exciting sightings, such as a leopard napping in the crook of a small tree a metre away from the road in the middle of the day! 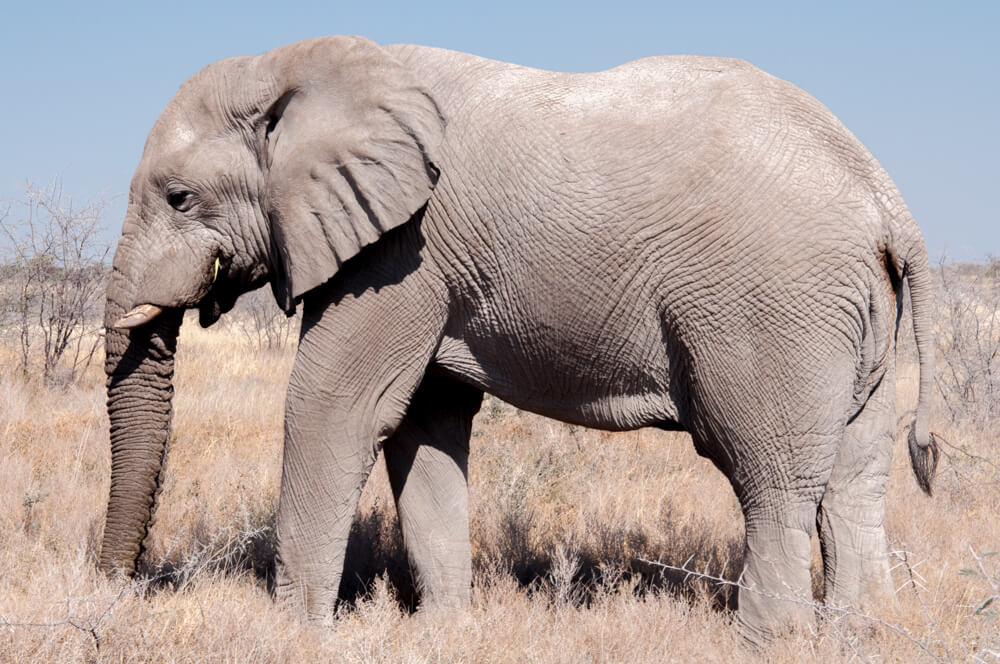 Spending time out of the car at the waterholes back at the camps was just as good as the game drives. I had a particularly memorable sighting of a rhino and her calf in the early evening at the waterhole at Halali Camp. The two of them stayed at the waterhole for a long time, completely oblivious to the elated safari tourists standing a few metres from them, snapping away at their cameras. However, my favourite waterhole experiences of them all were at Okaukeujo. This southern camp has Etosha National Park’s most famous waterhole, and with good reason. The camp is set around this big waterhole, with only a low wall separating you and the animals who come to drink there. In the middle of the day, there were hundreds of springbok, zebra, gemsbok all vying for a place to drink, making a huge noise and kicking up a lot of dust.

It was almost like watching a football match! The late afternoon was even better. As I sat on a bench with a cold Windhoek beer, a herd of elephants arrived, walking in a straight line to the waterhole. They spent ages drinking, bathing and having dust baths, meanwhile they were joined by a few giraffe, some gembok and a lone rhino.

As the sun set and the sky turned shades of neon pink and tangerine, shards of light caught the dust that the elephants were throwing up into the air in a truly magical scene. I’ll never forget that afternoon at the waterhole in Okaukeujo, just like that winter safari in Etosha will remain with me forever. 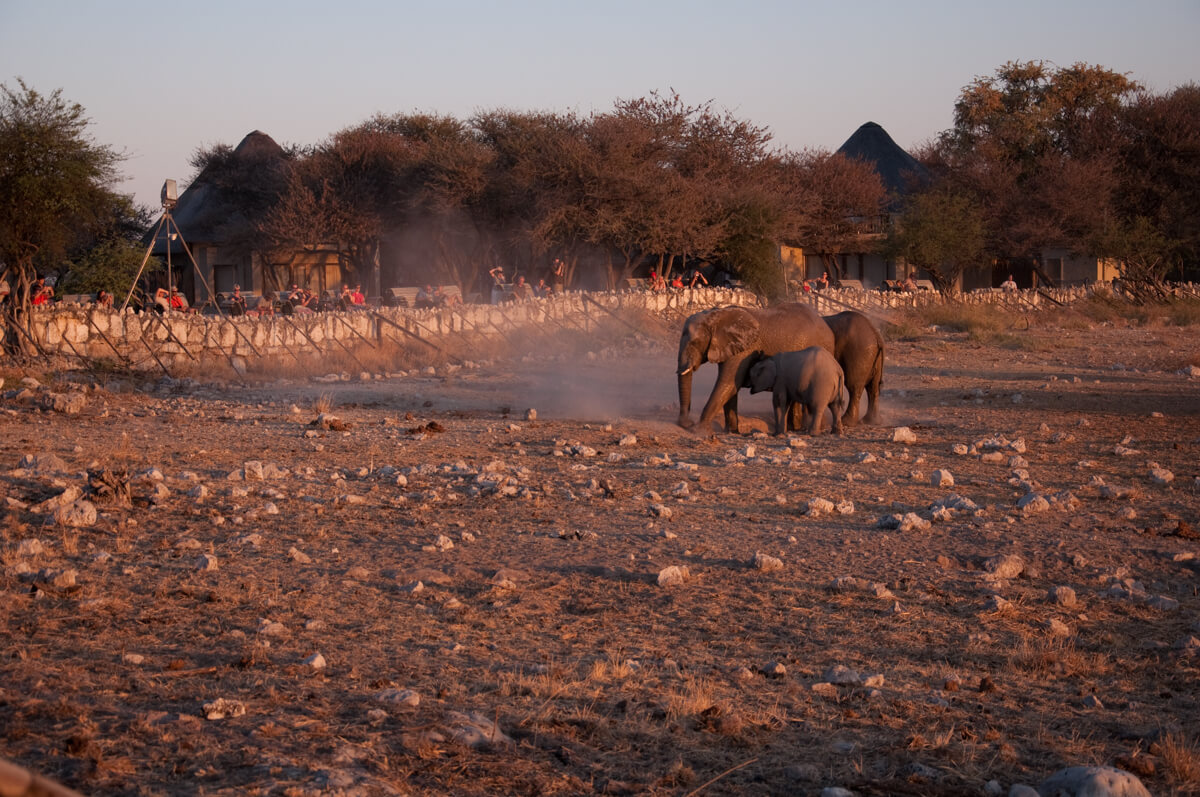 Bronwyn's Fear of the Bush →
X